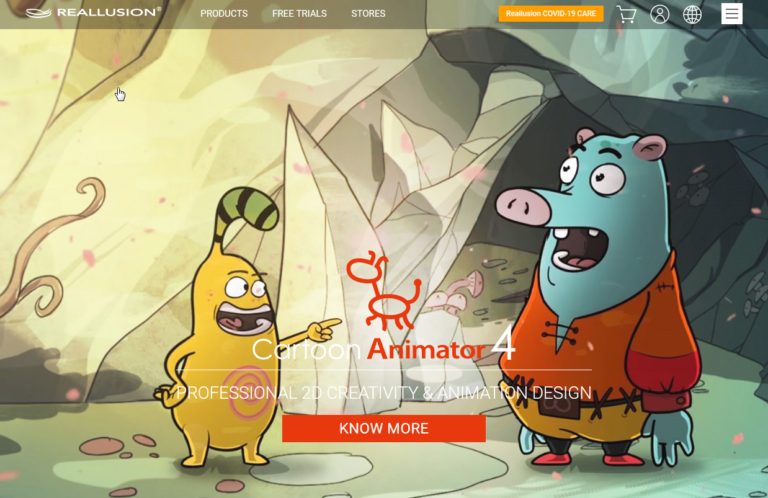 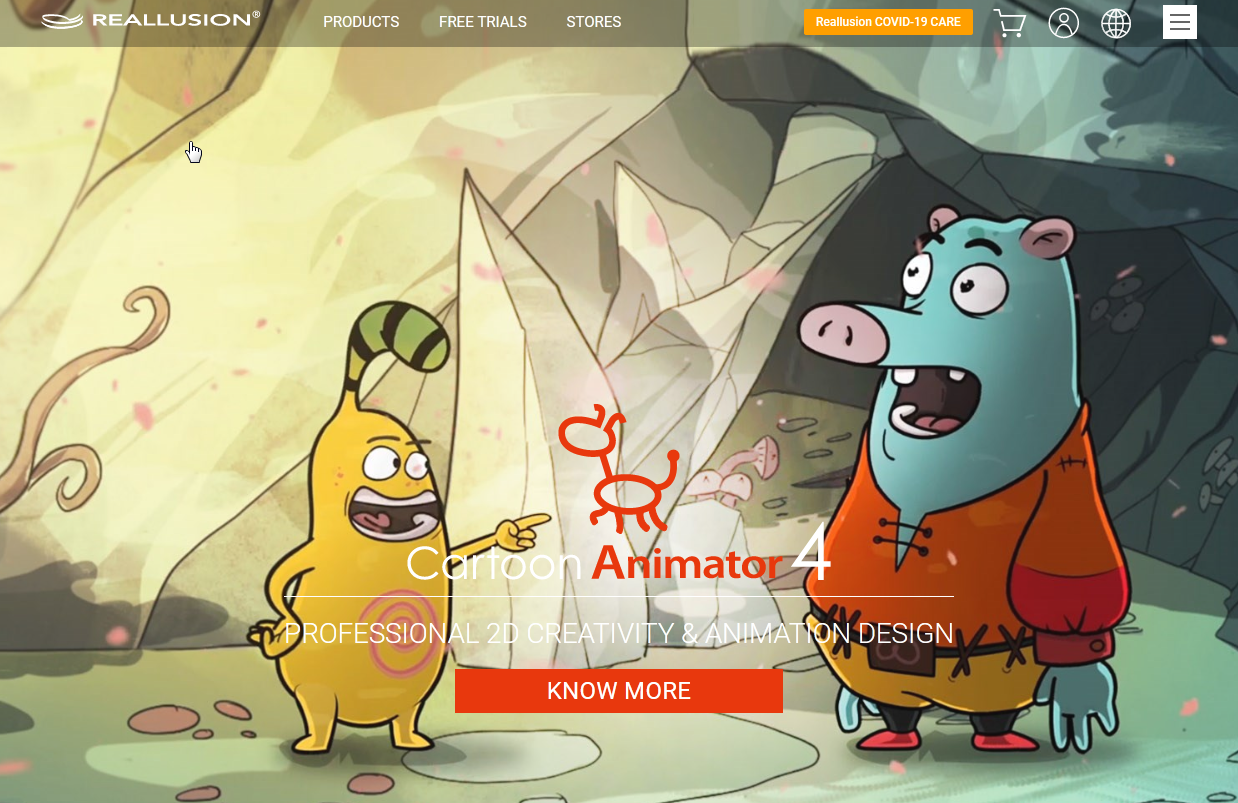 Several years ago I purchased CrazyTalk Animator and while I had fun using it, I was never really able to put it to practical use. With the release of Cartoon Animator 4, Reallusion is hoping to make authoring animated characters even more robust.

Taking a quick peek at a recent CreativeBloq review would lead you to believe that this tool is the easiest tool on the market for round-trip design production. Having seen several applications claim this over the years including Adobe’s own Character animator, I was interested to see how the product has evolved.

With a more advanced set of features the product is priced at a reasonable $99 for the Pro version. CrazyTalk Animator also came in two different flavors as does this one (Pipeline and Pro), with the Pro being fine for individuals looking to extend Photoshop, Clip-Studio Paint, or Affinity Designer.

The “killer features” or what makes this product unique in my mind are the dead simple Bones effects to control character movement and the Z-depth control, enabling you to do some pretty sophisticated parallax scrolling with it. The Bones tool comes with varios presets for how humanoid characters would behave, which saves a ton of time And with the Z-depth feature, you can explode out the various sections of a background scene into its respective layers, affording some really fun and interesting effects. 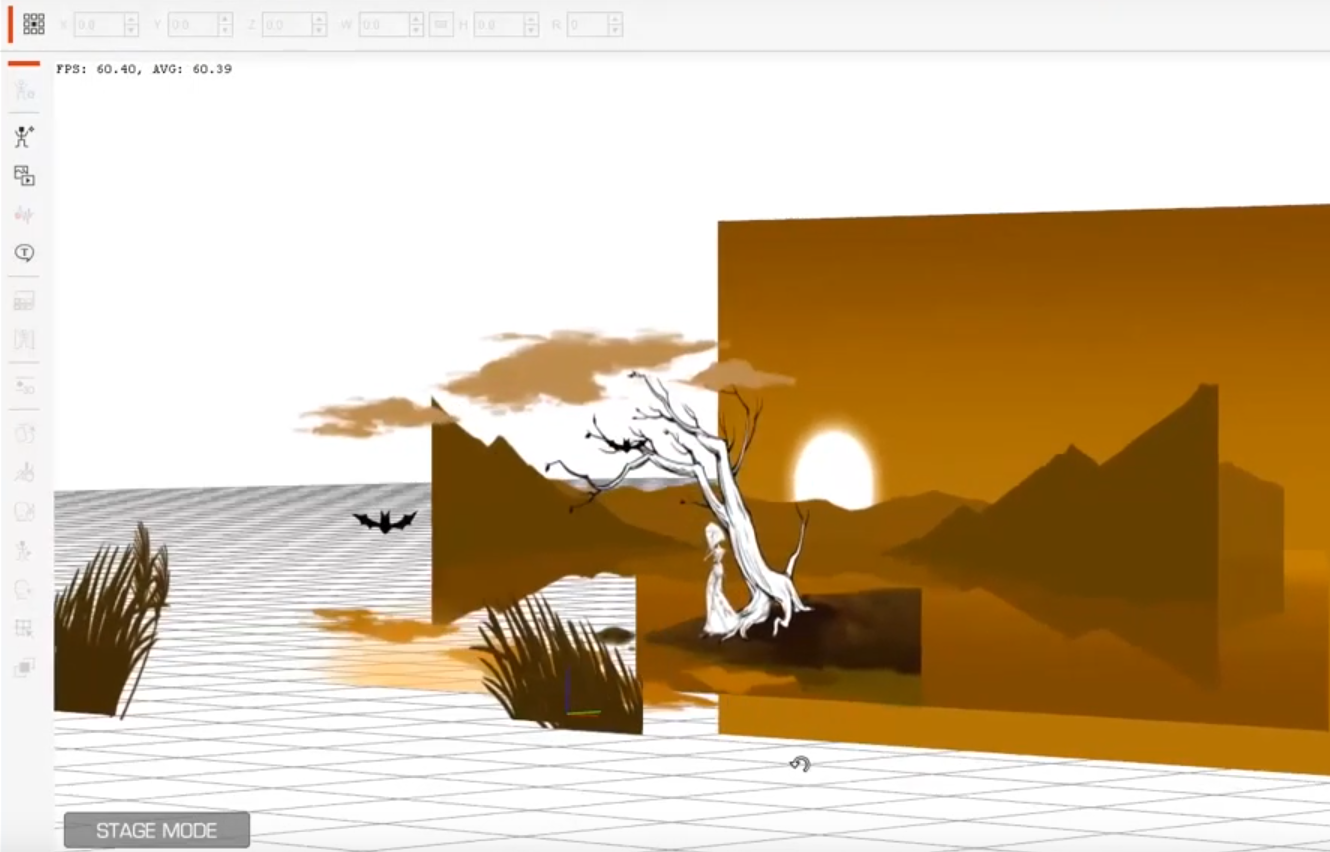 While most of my work consists of UI animations and micro-interactions as of late, for content creators who are looking to extend their skillset into content publication via animation, Cartoon Animator 4 could be for them. They’ve got a trial on the website which is available for both Mac & PC.

CreativeBloq’s article is an “Advertisement feature” therefore take it with a grain of salt. I can say having used the earlier version of this product that it was easy to use, fun, and worked well with Photographs. I’m looking forward to giving the trial a try. For UX designers today, there are a plethora of design tools that they can use to animate mobile interactions. It’s helpful to standardize on a short list of 2-3 that you will be using regularly in your workflow. For us on the mobile side, that has been Sketch, InVision, and some combo of After Effects, Principle, Flow, Keynote, and/or Anima.

Because there are so many options, it can be hard for upstart companies to stand out among the crowded marketplace. Drama, a new tool introduced by a company of the same name, bills itself as an all-in-one prototyping, animation & design tool.

On the surface, it would appear to have a lot in common with its brethren. You can see from the application environment that there appear to be screens/artboards that connect to one another with drivers that no doubt make up the interaction portion of the UI. There are about a half dozen example files you can download to get you started. With the exception of some 3D specific features, most showcase functionality we’ve grown accustomed to in mobile apps. They feel realistic and appropriate despite them being limited content-wise. 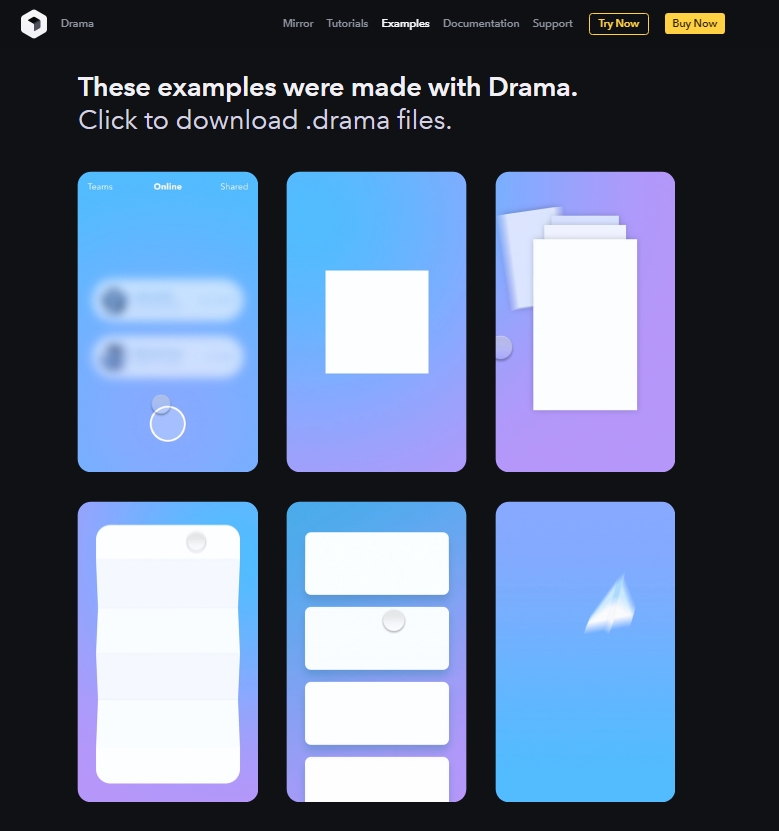 A quick look at the feature set reveals that transitions are very similar to other animation applications in that you transition between scenes with a timeline editor. One of the more exciting things (and something I’ve grown to love about Keynote) is Magic Move, which auto-animates layers with the same name. This makes transitions incredibly easy. But don’t let the ease of use fool you, underneath the hood of this app hides a powerful animation engine that supports 3D layers, a version control system that looks easy to use, and some truly elegant micro-interaction ability that provide seamless integration with your iPhone via mirroring. The software runs $9 a month with a 14-day trial. If you’ve got some time, it’d be worth taking a look to see if it fits into your workflow. I’m imagining if you’re looking for something that does a bit of everything and aren’t already heavily invested in other tools, this could be the solution for you. 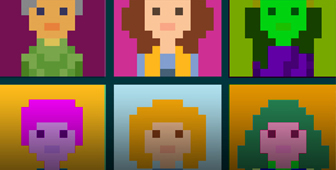